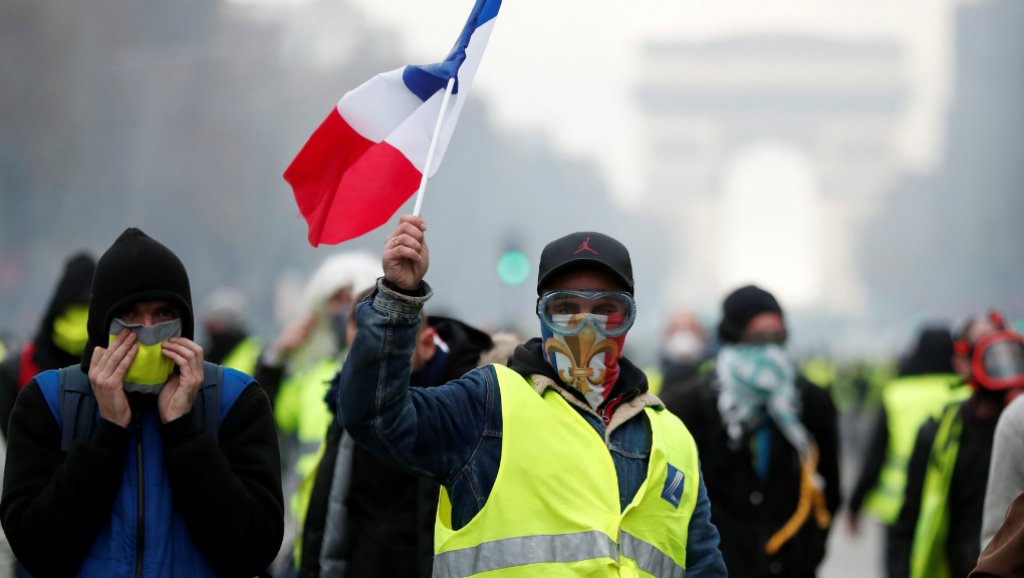 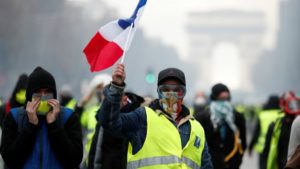 Today, Saturday, when I woke up this morning, my first reflex was like any other day: switch on my phone and have a look at what the news were saying on social media. I hear, here and there, that like the week before, and like it has been the case in the last six weeks, people in the hexagon are demonstrating, and protesting high cost of life and the too small salaries imposed by the French government, for more two decades now. There is no doubt that within the European Union, the objective of all governments has been, since the adoption of the Euro currency, to make sure that citizens of the different nations part of the Union become increasingly depend on state welfare systems. What a genuine and modern enslavement system, indeed! What seems to have started with a rise in the price of fuel – which was, to use a French expression, the last drop that spilled the water contained in the vase – will for sure be more than decisive in the choices and policy makings of the French government in 2019.
But, because I am a black man of West African descent, working for the Who We Are organisation, I have never yet taken part in the protests; although, I find the grievances legitimate. “Why such passivity?” one may wonder. To be honest, in such protests and demonstrations, a black man is always a nice and easy target for any angry and racist police officer who fears for his life in front of an uncontrollable mob. There is no doubt that the yellow vests’ claim for the adoption of the RIC -which stands for Citizen Initiative Referendum- will completely alter the French political spectrum and way of doing politics. But, as Africans part of the French society, it is important that we remember, that the French revolutions or social unrests that in the past led to some sort of improvement of the living condition of the people, in the Hexagon, have never benefited French Ethnic Minorities. Any person doubting this statement should study, analyse, and ponder on the benefits gained by Black Africans in the Aftermaths of the French revolution of 1789 or the victory of the so-called free world over the Nazi regime in 1945. Just ask the Senegalese Riflemen, Senegalese Tirailleurs, and they will probably tell you how and why, what they finally got was just mere deception.
When today at around 1:00pm I receive a phone call from a foreign TV channel willing to hear about my opinion on the ongoing yellow vest movement, I tell myself that the day might finally be a busy and interesting one. Speaking in favour of a revolutionary movement, while being conscious deep inside that giving power to white French folks through the Citizen Initiative Referendum (RIC) might ring the beginning of the end for Blacks and particularly Muslims France.
If adopted the RIC will, indeed, make it an obligation for the government to use a national referendum on any question raised, through petition, by at least 2 million French citizens. I am not convinced that finding 2 million racist French folks is an impossible or utopian goal. What will be the fate of French citizens of African and Muslim descent if or when some two million French decide to petition and then vote laws that contravene the civil liberties of those they consider as second-class citizens?
These are questions I deep inside ponder, but do not mention to foreign media eager to know and understand the social movement led by the French yellow vests.
One thing is sure 2019 will be spicy in the Hexagon.